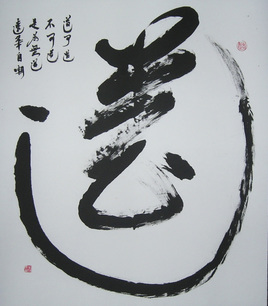 The DAO
Preserving the Spirit

Q: Master Tek, thank you for granting me to have this interview with you. Would you like to introduce yourself  please, perhaps giving a brief idea of your background and martial arts experience?

Tek: I was born in Shanghai, China in 1947. When I was 8 years old my family emigrated from Hong Kong to Singapore, then later to Kuala Lumpur, Malaysia. In 1972,  I immigrated to Canada, and since then, I have been traveling and teaching extensively in Northern America and Asia: in order to further my studies, upgrade and integrate the essence of the internal martial arts into my daily life, and as well as to broaden the horizon of my knowledge and to find the truth of internal martial arts.

In 1987 I founded the Canadian Taijiquan Federation together with a fellow group of teachers and practitioners, and I established the rules and judging standards for the Taijiquan routine competitions.

Martial arts wise, I started to practice Taijiquan since I was 13. I hold 3 lineages (unofficially according to laymen's term):

1. Wu Tu Nan's Taiji sword and his 'Yong Jia' (Application or Usage set), which is also the Yang Shao Hou's Fast Set. And I also inherited Master Wu's specialty combat art, the"Qi Cun Kao" (7-inch Shoulder Stroke), which I learned from Brother Lawrence Tung, a student of Wu Tu Nan during the 1930's in Beijing. I also teach Yang Style Taijiquan which I learned from a teacher in Hong Kong.

2. Ch'an (Zen) meditation, the essence of Shaolin martial arts, which I studied with the Venerable Paid Wan in Kuala Lumpur. I chose the standing format: "Standing Meditation", instead of the sitting meditation. The Standing Meditation proves to me to be more effective and appropriate in regard to martial arts practice. The Ba Duan Jin (The Eight Brocades) which I am teaching includes the essence of I Jin Jing, the Changing Tendon Sutra and Xi Sui Jing, The Bone Marrow Cleansing Sutra. They are also considered as the essences of Shaolin Martial Arts.

Over the years, I have also studied Hong Quan (Hung Ga), one of the Southern Shaolin Style from Master Sung, and Tan Tui, a Northern Kicking Style from Master Yip, and Pheonix Fist from Sifu Soo. I also have the exposure to Thai Boxing, Punjat Silat, Tae Kwon Do and Aikido.


Q: Master Tek, with such a wealth of knowledge and experience, it is clear that you do more than merely teaching physical forms and exercises. Would you then please share with us about your 'mission', i.e. why you teach what you teach, instead of just for making a living as many other teachers do?

Tek: Well, you might say it started in 1985 when I travelled to China in search of my own martial arts roots. I was amazed by the wealth and abundance of the Chinese culture and arts, yet felt deeply sorrow at the same time for the fact that the present generation who were not able to treasure and maintain these heritage and arts.

Personally, I really feel that the essence of the martial arts in general is gradually fading away. Not to mention there will be less and less 'old masters' who may still have preserved some 'secrets' of the arts in the last decade. They are all very old, and who knows how much longer they will be around, and if they are passing their arts down, if  any at all?

The new trend of the martial arts, or Wushu development, has turned to the direction of being more in performance, show and entertainment. I have no problem with that. Everybody needs to make a living, including the martial artists themselves. However besides showing, performing and entertaining, the martial artists would have need to acquire some inner cultivation in soul and spirit within themselves. This is what I am trying to preserve: rather than just teaching an empty form, or kata (a term which is more readily taken in Karate).  I emphasize on the philosophies, the spirit and the essence of martial arts as well.